Autonomous driving – are you a good co-pilot?

Self-driving cars are something we have all seen in science fiction blockbusters. Back in 1982 K.I.T.T., a vehicle with artificial intelligence, showed us what might be possible in the TV show “Knight Rider”. At the time, it was all regarded as completely overdone, and people laughed about the things that K.I.T.T. could do.

In science fiction, the idea of the driverless car was completely free of restrictions, because there was no need for technology or a functioning infrastructure. It was just fiction. Meanwhile, however, the real world has discovered and mastered this vision./p>

What was unimaginable back then has long since become reality. FEYNSINN, an EDAG Group brand, is working on future scenarios for the use of VR technologies in the field of autonomous driving, and uses various user stories to illustrate how these technologies, which originated in gaming, can become part of the driving experience.

With its many years of expertise, the FEYNSINN team has already made a name for itself among experts in the virtual reality environment, and acts as a thought leader when it comes to the implementation of the technologies these interactive media offer in new use cases.

The driving of the future, and especially the new possibilities opened up by autonomous driving in terms of new forms of communication and virtual entertainment, are boundless. But let's be absolutely honest: are you a good passenger, or do you prefer to be in charge? Whatever the case, we will now take you on an exciting ride, with you in the role of co-pilot.

The car of the future drives differently. It will offer us more and more comfort and, especially on longer distances, will also increase road safety, and for this reason nowadays has the wide acceptance and approval of potential future users. As a driver, you will no longer have to concentrate exclusively on the road and will be able to do other things without endangering your safety. But what kind of things might you want to be doing? After all, you don’t want the journey to be monotonous, and alternative entertainment is needed, especially if you are travelling alone.

This could be remedied by having the company of a virtual passenger with as realistic an appearance as possible. FEYNSINN embraced this concept and, instead of a standard video image, created a virtual image in the form of a 3D point cloud with which you can have an informal chat, but which could also provide valuable instructions in an emergency. 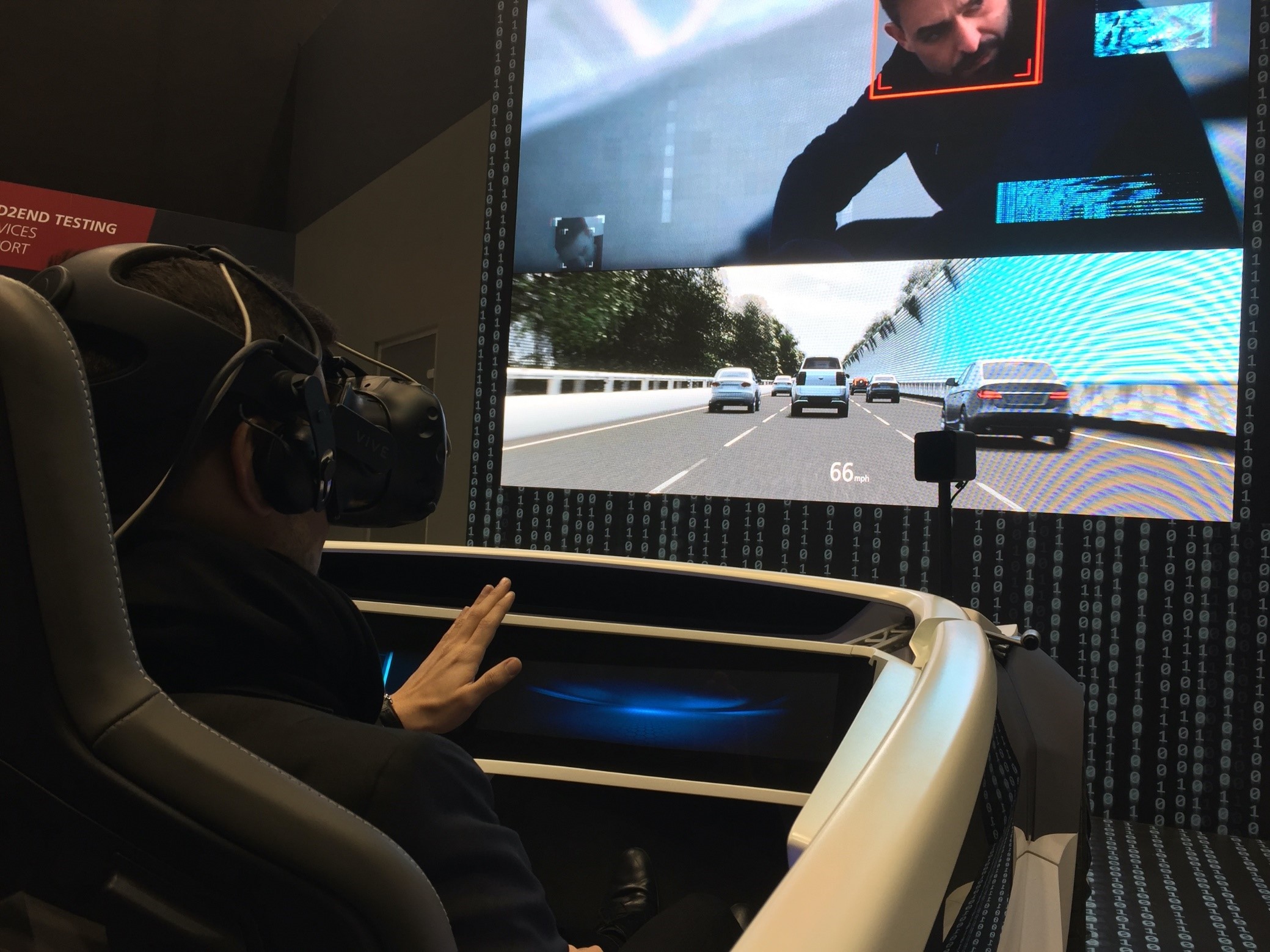 I’ll design a world to suit myself 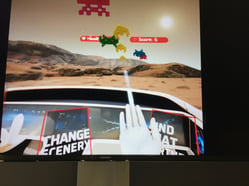 However, the latest VR technologies make it possible to individually design not just the interior of the vehicle, but also your surroundings. So FEYNSINN has taken software technologies from the gaming sector and developed digital parallel worlds. Depending on his preferences, the driver, who is in reality travelling along a dreary stretch of motorway, can now visually embed it in an untouched snowy landscape, or even make a digital detour to Mars.

During the Mobile World Congress in Barcelona visitors to our stand were able to try out this new driving experience for themselves.

In principle, these VR applications can be transferred not only to autonomous road transport, but also to autonomous trains or aircraft. In order to provide the driver with as realistic a picture of his environment as possible, in addition to VR hardware sensors, various tracking systems are also necessary; these supply GPS data and other vehicle data, and are integrated by the hardware.

If, for example, the speed is changed while the vehicle is driving, this change must also be perceptible in the digital parallel world. To enable these data sources to be brought together in an interlinked system, the cooperation of the vehicle manufacturers is also required, to provide the basis for transmitting these vehicle data to the VR system in real time.

Do you have an individual application in which you want to integrate the latest AR/VR technologies? Would you like to find out how good it feels to drive with a virtual passenger? Christoph Huber, Visualisation Project Manager, will be happy to tell you more about visualisation trends and technologies. 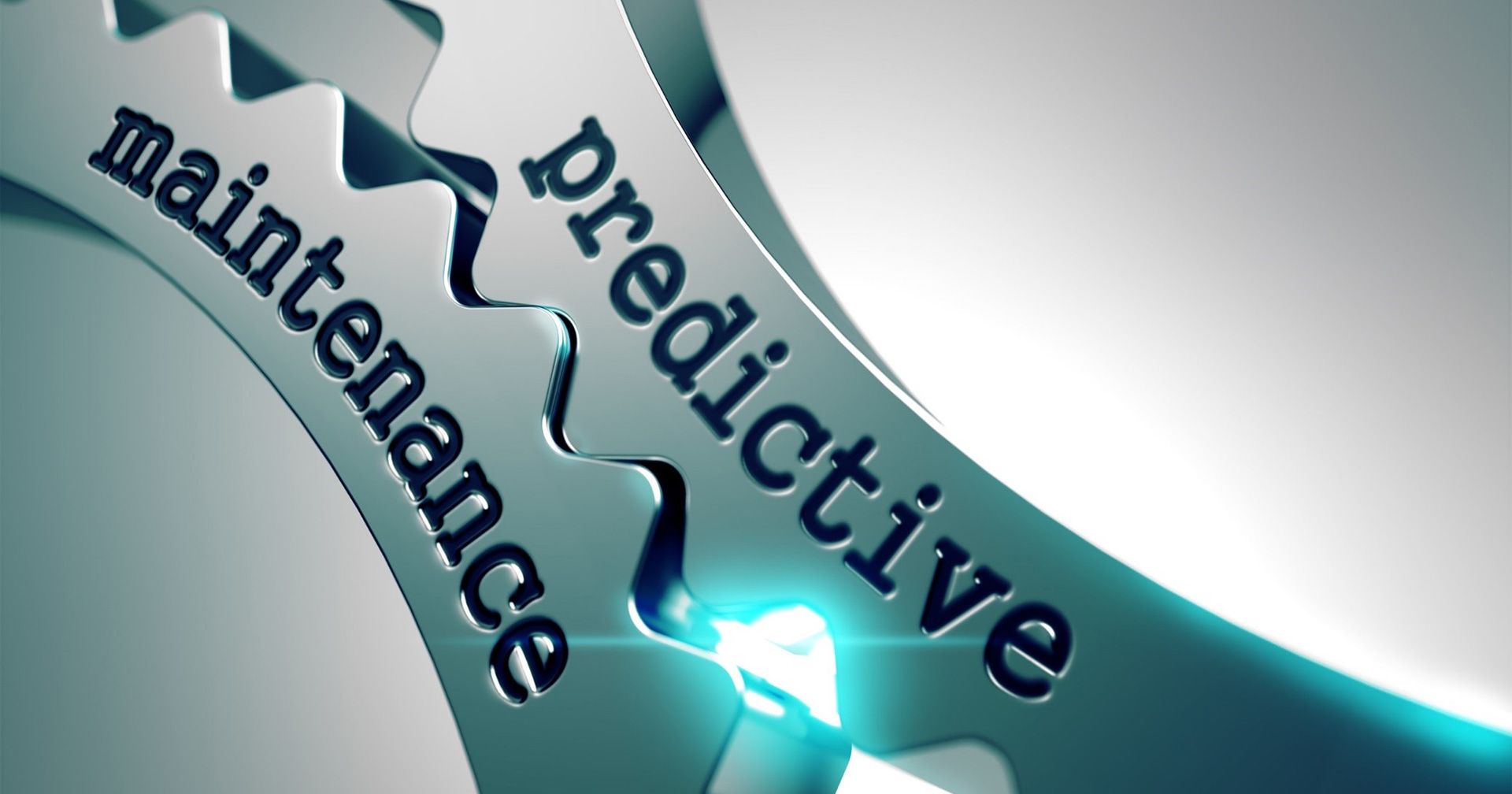 Predictive maintenance: we predict the future!

The Key to a Powerful Charging Infrastructure

The success of the electric car rests on the question of whether adequate charging facilities can be created. Municipalities are expected to create even more charging stations, even more ultra-rapid charging points. Topping up batteries faster and faster isn't necessarily the only solution. The alternative is to "refuel" on more occasions – with a...

The Battery Cell: Key Technology in the Electric Powertrain

In the traditional vehicle world, engine technology is regarded as one of the vital unique selling points of a vehicle manufacturer. Key vehicle characteristics are derived from the power unit, which is also a central element of value creation. In an electrified, digital vehicle world, it is no longer the combustion engine or electric motor, but...

Energy Management 4.0 - How the e-car generates its own electricity for free

In the past, energy management in vehicles was mostly about dealing with electricity consumers as efficiently as possible. Today's electric cars are radically changing that. AI enables them to find out for themselves when the driver(s) will need how much power in the battery and, at the other times, to earn money independently as participants in...