The local German Red Cross (DRK) association in Neuhof has a very special emergency vehicle: a Ford Ranger with a 30,000-euro drone in the rear body, an 80,000-lumen light mast on the roof and an adapted chassis for difficult terrain. Yet these are just the externally visible changes, in addition to the DRK livery and the customary flashing blue light. The EDAG Group's Center of Competence for Special-Purpose Vehicles has made extensive modifications to the former series production vehicle. These include further extras on the inside, which are needed by the rescue services - and an unusual in-house development.

A few weeks after the flood disaster on the Ahr, Erft and Swist rivers, the German Red Cross (DRK) in the district of Fulda received an ambulance that is built precisely for such missions. The drone squadron at the local Red Cross association in Neuhof uses aerial drones for emergency and disaster situations, to reconnoiter inaccessible terrain and find missing persons. A high-performance drone is housed in the box assembly at the rear of the vehicle, as is a powerful battery that provides sufficient power for the drone as well as the vehicle's on-board components. A retractable light mast is installed on the roof, providing up to 80,000 lumens of brightness - equivalent to the spotlight of a stadium lighting system. To enable the vehicle to be used in difficult off-road terrain, the chassis was raised and the track width increased. Inside, there are also additional components to control the extra equipment, such as the flashing blue light and siren, as well as the necessary means of communication for rescue teams, which includes both radio and mobile data transmission.

The basis of the rescue vehicle was a standard Ford Ranger, which was extensively modified by the special-purpose vehicle design division of the EDAG Group. This is where emergency vehicles of all kinds are produced, including those for the police, rescue services, the Federal Technical Relief Agency (THW) and fire departments. However, customers also include other "first responders", such as plant fire brigades of chemical companies, emergency teams at Deutsche Bahn, electricity and water suppliers, municipal infrastructure operators and security services. Mobile operations centers are in demand, as are vehicles for transporting tools, equipment and materials, and crew vehicles. EDAG also has two other vehicle categories in the division: campers and KMPs, which are motor vehicles for transporting people with restricted mobility, i.e. vehicles for wheelchair users.

Many skills in demand

"All you're doing is screwing a blue light onto the roof" is one of the jokes that colleagues sometimes use to tease each other. Everyone knows, of course, that numerous different skills are needed to develop, integrate and convert special-purpose vehicles - even if "only a blue light is screwed onto the roof". Because that could cause rattling, vibrations and natural frequency resonances. In the case of interior fittings or roof and rear assemblies - such as the blue light - the company's extensive know-how, which includes the simulation of vibration behavior, proves its worth.

The so-called special signaling system on the roof also has to be connected and controlled. This can entail the development of a cable harness or even a complete on-board network for special-purpose vehicles. In some cases, this may include the development of a control unit for the vehicle infrastructure, which is used to switch on-board equipment on and off or to show sensor and camera data on a display. In addition, signals from the CAN bus need to be evaluated and written back, or vehicle data logged in an accident recorder, in order to document information such as speed, vehicle movements, seat belts used or not used, and much more. Moreover, communications are an essential part of the retrofit in many vehicles. On the one hand, the use of public mobile radio networks for calls and mobile data communications, and on the other hand, special networks such as TETRA digital radio for public authorities, or even support for local wireless networks when emergency teams communicate with each other by radio.

At the RETTmobil International, the leading international trade fair for rescue and mobility in Fulda, EDAG presented an extraordinary in-house development. The innovative Image Processing Unit (IPU) allows the display already installed in the vehicle, which is normally used for navigation, rear view camera and radio operation, to be used to control the special equipment. Until now, this normally required the installation of a separate display or additional controls. This additional expense for an "external" display can now be completely eliminated. EDAG's IPU Next Generation (NG) thus simplifies vehicle operation and reduces the expense and effort required to convert the vehicle, enabling faster commissioning.

The IPU-NG also has an impact at the end of the life cycle. Some special-purpose vehicles, for example those used by the police, are usually leased for only a few years and regularly replaced with newer models. Then the old vehicles have to be retrofitted so that they can continue to be used as "normal" cars. Any additional display or other controls in the cockpit must be removed, drill holes sealed, or the instrument panel may have to be replaced completely. If only the IPU-NG is removed from the on-board network, this expense and effort is eliminated, with the result that dismantling can also be carried out in a time and cost-saving manner.

Other requirements include fixtures, such as tool holders for technical emergency teams or cabinets for medical material in rescue vehicles, as well as superstructures, for example in the form of box attachments or rear fixtures. Another task for EDAG engineers is to redesign the vehicle cabin, for example to create space for wheelchairs and to add ramps and lifting systems.

For this purpose, the vehicle construction and development specialist relies, for example, on installation space analysis and 3D layout design, i.e. the simulation of fixtures, as well as the development of proprietary fasteners and screens. The development process includes CAE calculations, for instance with regard to stability and crash behavior, as well as natural frequency analyses, simulations and crash tests, if required by the customer. Last but not least, it may also be necessary to adapt the body, to design the chassis for changed weights and centers of gravity, or to reinforce the brake system.

However, converting the vehicles is not always performed by EDAG. The company works with both vehicle manufacturers and body suppliers, who then carry out all or part of the work themselves. PDM sheet and parts list creation, production support and simulation of real tests as well as supplier sourcing and control are among the services offered.

To facilitate cooperation in the field of special-purpose vehicles for prospective customers, EDAG brings together the necessary skills in the Center of Competence for Special-Purpose Vehicles. In this way, all expert divisions involved are integrated and their services are available to customers. Sales Manager Christian Spelda can provide you with more details about cooperation with EDAG in the field of special-purpose vehicles.

A more comprehensive overview of the Image Processing Unit for special-purpose vehicles developed by EDAG is provided in our white paper, which you can download here. 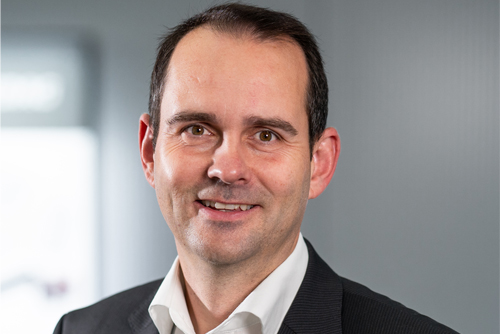 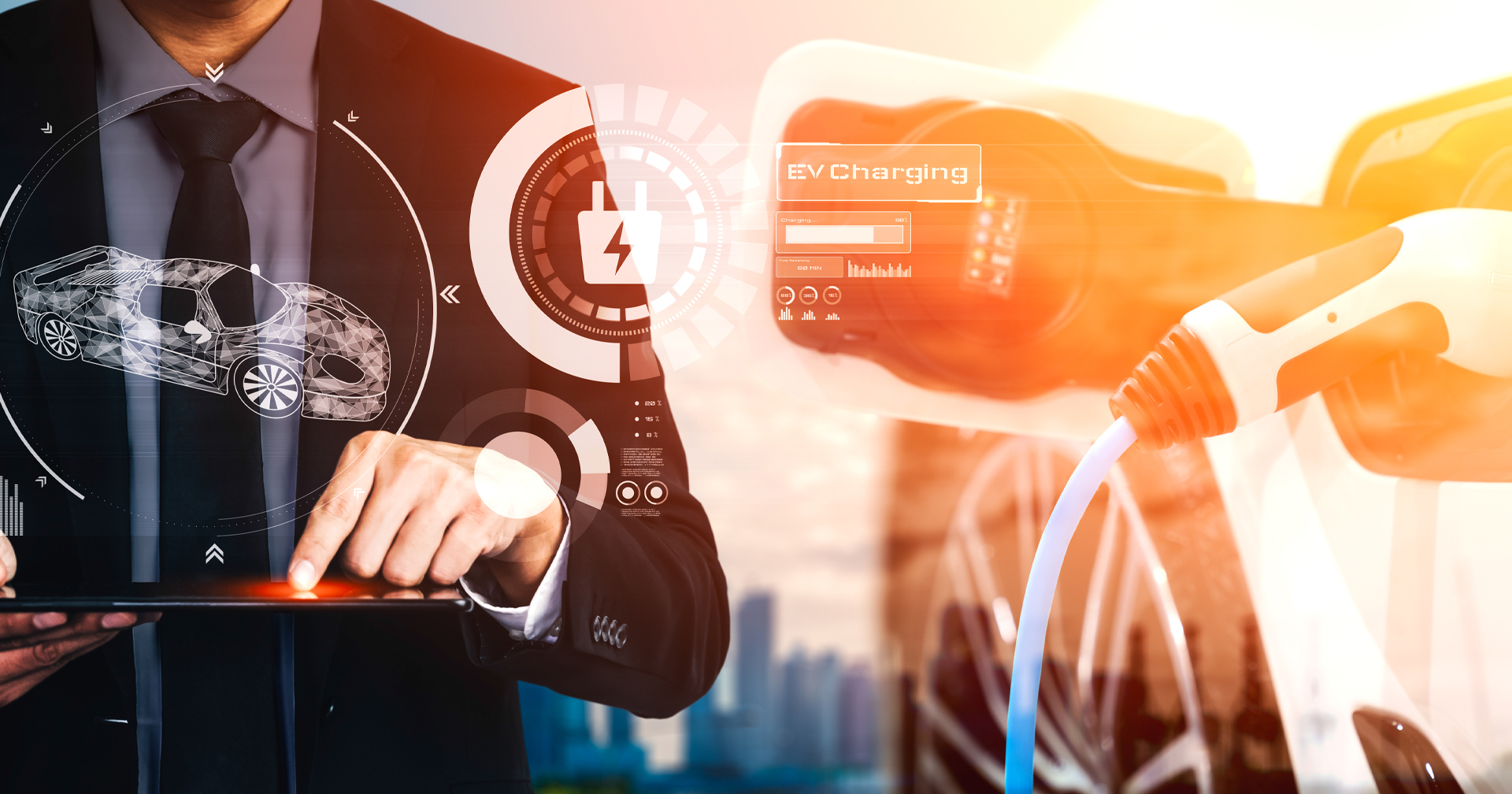 What has long been permitted in Asia and Europe is now also coming to the USA: "Smart" headlights have only been permitted here for a few months. However, the responsible U.S. authority has special requirements for vehicle lighting, which are primarily intended to increase safety in road traffic. This is not a problem for the Light & Visibility...

As a general rule, EDAG's development activities center on passenger cars for regular road traffic. Occasionally, however, it is also a Lamborghini Hurácan GT3 EVO. Collaboration with the T3 Motorsport racing team is providing new findings in the fields of simulation and vehicle dynamics - and is also attracting graduates who see their future in...