As far as passenger cars are concerned, the automotive industry is currently focusing on 100% battery-electric vehicles. Particularly for long distances, there are disadvantages to this, such as the high weight of the batteries or the long charging times. The mixed operation of batteries and fuel cells could be an interesting alternative. To this end, EDAG has developed a hybrid storage system which can be configured as required.

In 2017, "MiD - Mobilität in Deutschland" [Mobility in Germany] [https://www.bmvi.de/SharedDocs/DE/Artikel/G/mobilitaet-in-deutschland.html], a report by the German Federal Ministry of Transport, addressed various issues including the question of the distances traveled by passenger cars. Work and shopping account for around 60 percent of all trips, and short distances are the rule here. Three quarters of all journeys made do not exceed 15 kilometers, and a further 10 percent are between 15 and 25 kilometers. Half of all kilometers driven are on trips of no more than 35 kilometers, and almost 75 percent of all journeys made are in the range of up to 100 kilometers.

Such distances can easily be covered with 100% battery electric passenger cars (BEVs). But what happens when it comes to vacation trips, visits to distant relatives etc., where distances well above the average figures are involved? This is where electric cars have a handicap. Due to the heavy batteries, longer ranges come at the price of a considerable increase in weight. If the destination cannot be reached without recharging, a stop is necessary, and this can turn out to be long. Especially when traveling on the highway, the increased speed means that, after just 600 km, charging adds up to over an hour or more – if an ultra-rapid charging point is used. Even if their number has increased by 45 percent in the last 12 months, [https://www.bundesnetzagentur.de/DE/Fachthemen/ElektrizitaetundGas/E-Mobilitaet/start.html], these are still clearly in the minority - five out of six charging points test people's patience to a much greater extent. In addition, a charging point also has to be found at the destination.

In the early days of eMobility, when battery capacities for journeys of more than 200 km were still unthinkable, manufacturers used "range extenders" – hybrid drive systems that extended the range using fossil fuels – to ameliorate the situation. This meant that the majority of journeys could be made under electric power, using the energy charged at home. Longer distances were covered relatively quickly with the range extender and occasional quick refueling.

In line with efforts to completely phase out the use of fossil fuels in the foreseeable future, there is a growing interest in the use of hydrogen as a substitute for gasoline and diesel, due to the fact that fuel cell electric vehicles (FCEVs) can be refueled quickly and conveniently – if you can find an H2 filling station. Given the fact that range anxiety is still widespread, electric vehicles with a hybrid power supply could steer a good middle course between BEVs and FCEVs.

Such a concept combines the advantages of the two energy sources - battery and fuel cell - in different application scenarios. The battery can easily be charged either at home or at work. This means that there is no need to drive to special charging points. When traveling long distances, hydrogen filling stations can be used on the highways; the refueling process here is comparable to that for the combustion engine.

EDAG and Hexagon Purus joined forces to research how an appropriate storage system would need to be designed. Financial backing for the H2Hybat project was provided by the State of Hessen, under project number 842/20-02. The aim was to develop a platform-neutral hybrid storage system suitable for installation in the underbody of the vehicle. This has room for ten modules, either hydrogen storage or battery modules.

Since usage behavior varies greatly from one individual to another, H2Hybat provides the freedom to choose which particular energy source to use. When the vehicle is being ordered, the ratio of H2 tanks to battery modules can be configured, and so adapted to a particular driving profile. For example, somebody who usually drives less than 100 km a day can limit themselves to two battery modules which, together with the buffer storage always installed, will allow an electric range of more than 120 km.

The remaining eight module spaces will then be fitted with hydrogen tanks, which will give the vehicle a range of over 470 km using the fuel cell, enabling longer journeys to be undertaken without refueling. In this configuration, a total range of more than 600 km is achieved; with ten H2 modules, this can be extended to more than 660 km; when there are five battery and five hydrogen modules, the range is still a good 500 km, and more than 220 km of this is battery-electric.

The storage modules are designed as self-contained units capable of withstanding all external loads. They consist of a cage-like structure made of steel profiles surrounding the H2 tank on all sides. This ensures that the tank is always protected from all sides. In addition to the storage tanks, the most important functional elements such as sensors and control or valve systems and the pipe system are also included.

According to ECE R134, the protection provided by appropriate valves in particular plays a key role in the design of the tank modules. Installation of the temperature pressure relief device (TPRD), the excess flow valve (EFV) and a manual valve is mandatory. Due to the high cost anticipated and the installation space requirements, it was decided that it would be better to combine the tanks. Accordingly, in each module, there is just one valve to serve two or three tanks. A concept of this type, however, calls for an adjustment of the current regulations. This new technical possibility is currently the subject of intense debate in the appropriate committees. A corresponding change is to be expected, and is also widely supported by the automotive industry.

A further measure implemented to guarantee the safety of the tank system is a rigid metal plate in the floor to protect the tanks from external impacts, if the car is driven over a bollard for example. This plate slightly overlaps with the adjacent module, thus guaranteeing a seal. An additional fire barrier made of a glass fiber-reinforced plastic with an expandable graphite coating is also provided. In the event of a fire, the graphite expands and forms an insulating, protective layer.

Safety in the event of a side impact

Crash protection has to meet particularly high requirements. In addition to the full frontal crash, the small overlap test was also conducted. The side pole crash, which is usually conducted at 32 km/h, is regarded as challenging for battery electric vehicles. The hydrogen tanks, too, should be particularly well protected here, since the standard cases cannot take into account all the damage that actually occurs.

For this reason, an additional safety concept has been implemented; this is activated in the event of increased loads should a side impact occur. The storage modules have an inclined plane in the area connected to the sill, by means of which the module is pushed out of the load path in the event of a severe - rather than a standard - crash, so that the tank is only subjected to minor loads. This is protected by the surrounding profiles, and moved downwards out of the storage system. Retaining straps ensure that the tank stays connected with the vehicle.

The mechanical safety concept in the H2Hybat project is based on the scalable battery housing SCALEbat, which is intended to help car manufacturers and startup companies to develop flexible electric vehicle platforms. SCALEbat, on the other hand, was developed within the framework of SCALEbase, a scalable floor assembly for mid-range and luxury class eCars. It is ideal for the structural integration of battery systems, and meets all crash requirements.

Although the H2Hybat concept was initially designed for vehicles in the SUV class, it can in principle also be transferred to lightweight commercial vehicles. In this field, too, EDAG has already launched a research project under the name "FlexHybat", which, among other things, takes into account the wide range of load capacities and vehicle structures. Large variations in frame heights and cross sections, but also in load paths, can be seen here.

H2Hybat therefore fits in well with wide range of research and development activities being carried out by the EDAG Group, which is pushing both battery-electric and hydrogen based innovations in eMobility.

If you would like to learn more about EDAG's range of products and services and in this field, talk to Stefan Caba (Dr.-Ing.), Manager of the Innovation Field Sustainable Vehicle Development at EDAG Engineering. More details of the H2Hybat project can be found in our white paper "H2Hybat: Hybrid storage system for hydrogen and batteries". Download it here! 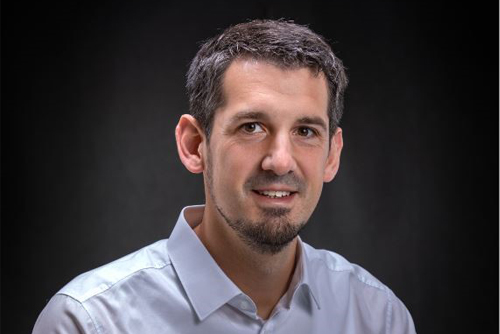 From 2035, it is expected that only CO2-neutral passenger cars and lightweight commercial vehicles will be allowed to be registered. This will also apply, for instance, to trucks, tractors and construction machinery. For a technology change in vehicle construction, this deadline is a definite challenge. There are many approaches how to replace...